Olga and Vilho Linnamo Foundation is in its sixth decade in promoting artistic work, new thinking and social action by awarding grants to artists, researchers and for purposes of general interest.

The year 2020 opened a new chapter in its history as the Foundation reshaped its modus operandi by introduced a thematic annual call for applications. The aim of a thematically defined public call is to increase the Foundation's transparency on the one hand and to sharpen the social impact of its actions on the other. Focusing resources on a carefully constructed annual theme provides an opportunity to expose socially acute questions to diverse artistic and scientific inquiries. On this basis, Olga and Vilho Linnamo Foundation enhances its commitment to fostering cross-disciplinary dialogues and new modes of being together. 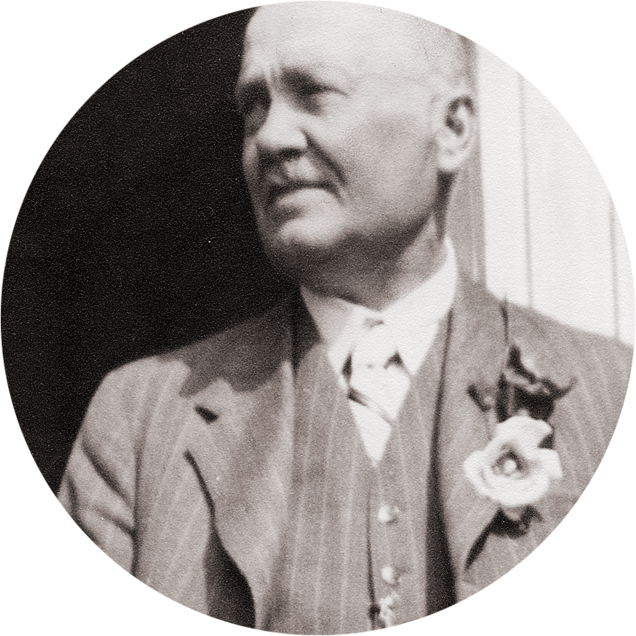 Olga and Vilho Linnamo Foundation is the result of the life's work of an industrious and socially engaged couple. Both born in the summer of 1879, Olga Linnamo (orig. Pasi) and Vilho Linnamo (orig. name Klaus Wilhelm Lindgrén) met while studying at a the Jyväskylä Teacher Seminary, the first Finnish-language teacher training college,  at the turn of the century. After getting married in 1902, the couple moved to a rural municipality near Vyborg and started work as primary school teachers, a profession they both pursued for more than two decades, while engaging in agriculture at the same time. The 1920's marked a new chapter in the lives of the Linnamo couple as they moved to Olga's birthplace in Lempäälä and opened a retail store. This proved to be a profitable decision – over the years the retail business grew into one of the largest in the Häme region in Finland. 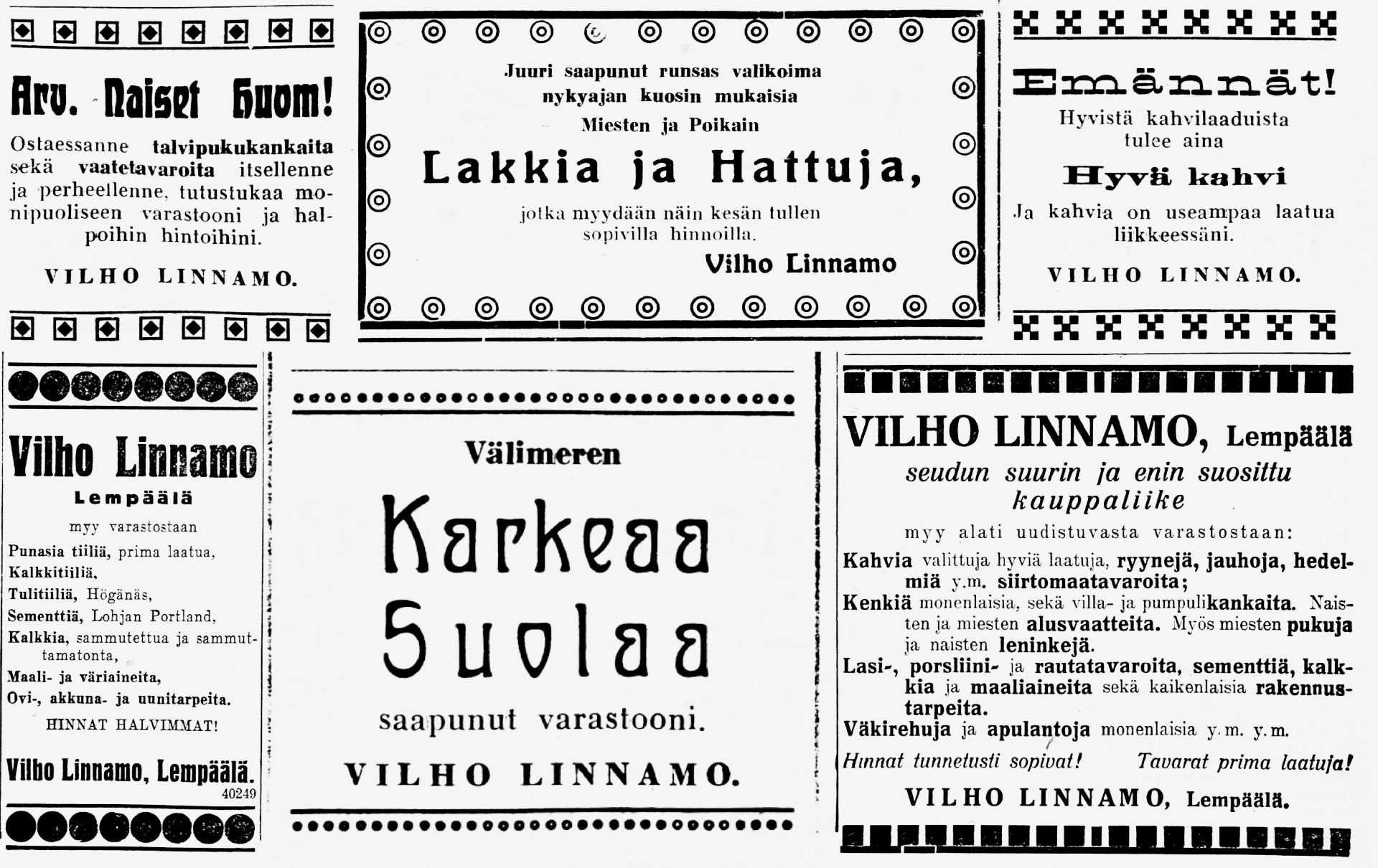 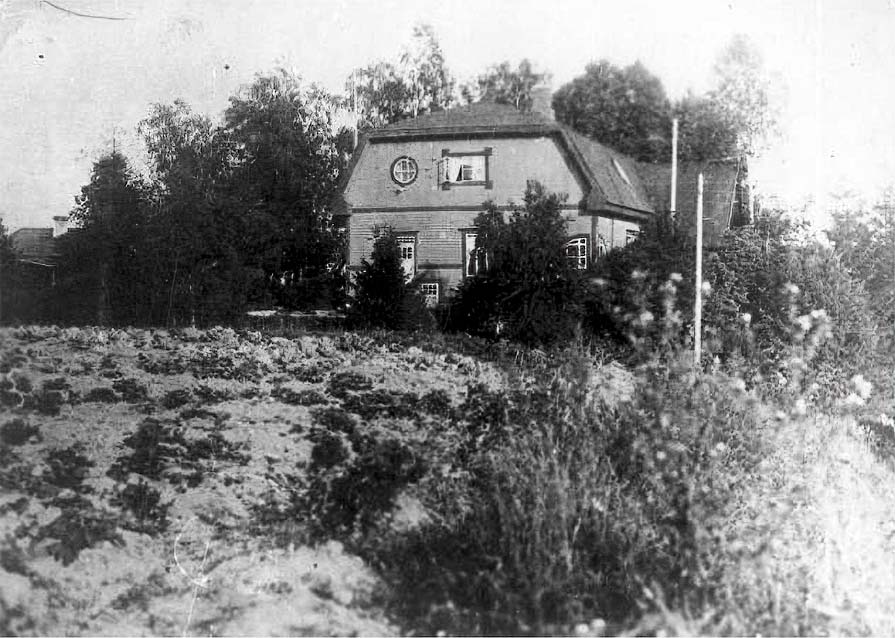 After a thriving decade in retail, the Linnamos began looking back at the south-eastern part of the country. The Hovinmaa manor, located in the village of Vahviala, a stone's throw from Vyborg, and put up for sale by the sculptor Eemil Halonen, was undoubtedly not the most inconsequential of attracting factors. The couple acquired the Hovinmaa estate along the scenic Rakkolanjoki river in 1934 and began to engage in relatively large scale agriculture. In the spring of 1939, the Linnamos expanded their activities by acquiring the Rakkolanjoki Tile Factory, a renowned manufacturer of tiled stoves, and commenced production of roof tiles and drainage pipes. However, all this came to an end as the Winter War broke out in 30 November 1939. After the war, Olga and Vilho Linnamo continued practicing agriculture in Maaninka until establishing a home in the city of Hämeenlinna for retirement. 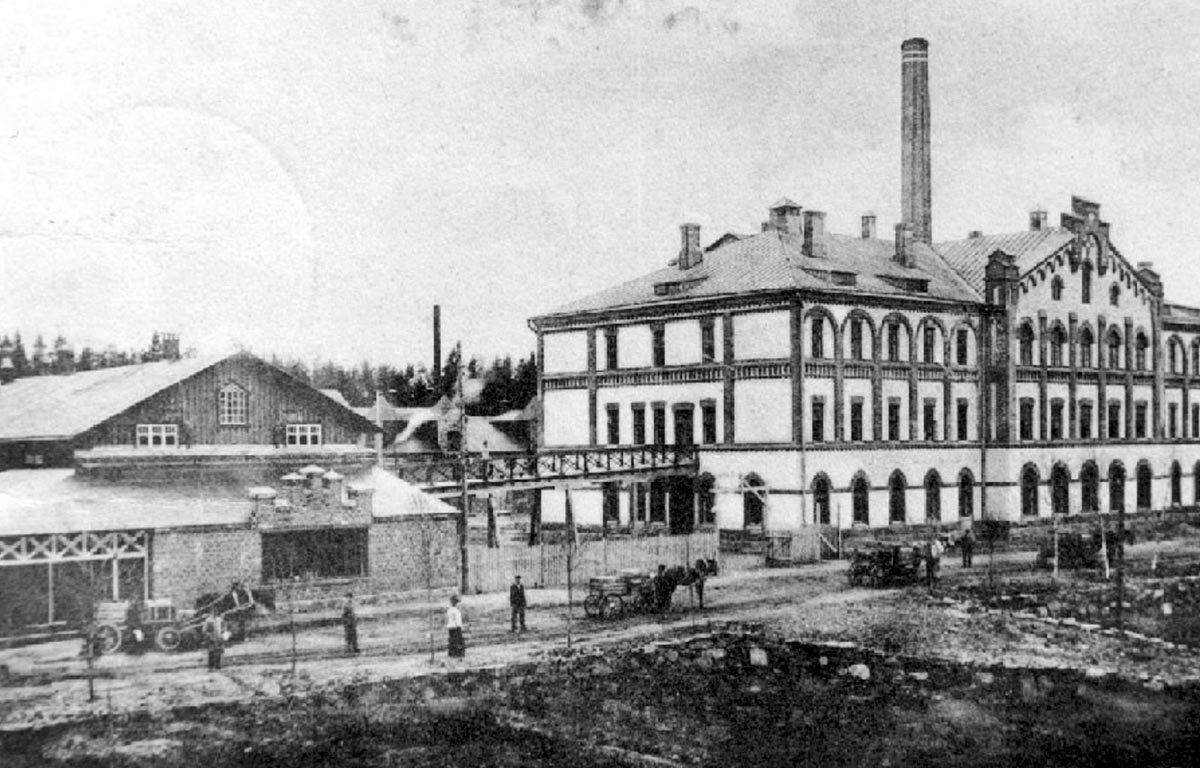 While pursuing their careers in teaching, trade, and agriculture, Olga and Vilho Linnamo were eager participants in social activities in municipal politics, culture and education. From the 1930's onwards, donations came to have an increasing role as a  channel of social participation. This sense of philanthrophic collective engagement was encapsulated in a will drawn up the couple in 1949 stipulating that, after the death of both spouses, the remaining property (excluding certain designated parts) shall be used as a basis for establishing a foundation to be named Olga and Vilho Linnamo Foundation. Following the death of Olga Linnamo in October 1960 (Vilho had died seven years earlier), the Foundation's rules were registered on 2 May 1961. The purpose of the Foundation was defined concisely: "The purpose of the Foundation is to support Finnish economic and cultural life as a non-profit fund."